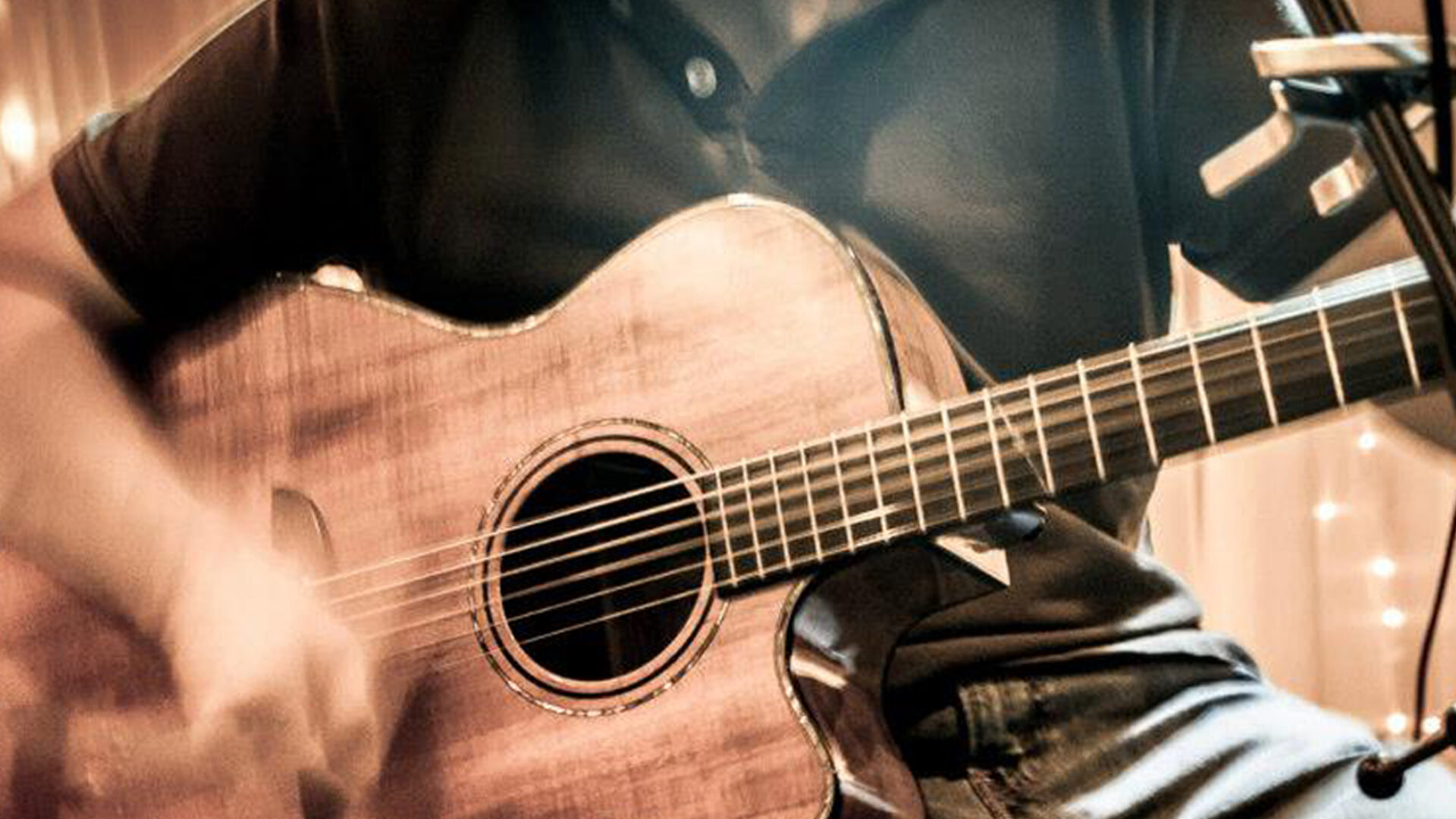 The Story of Jim

Singer/Songwriter Jim Hanvelt has been performing for over 20 years at various venues in the Midwest. Playing both originals and cover songs from some of his favorite artists. You can hear a wide range of genres through his original music since his love for music has no boundaries.

Jim started playing music at an early age. He picked up the bass when he was 15 where he was inspired by bands such as Rush, Metallica, Pink Floyd, and Faith No More to name a few. By his senior year of high school he was playing in a garage band with his high school friends called Current Justice, named after a comic strip Jim was putting together. Unfortunately, the comic strip never left his notebook...like many other things.

Soon after high school Jim continued playing bass for a metal band called Ulterior Motives. The played covers from bands like Dokken, Black Sabbath, Iron Maiden, and Tesla. The band also worked on original music during rehearsals where Jim started to put his lyrics into play. Unfortunately, the direction of the band was not fitting right with Jim. He wanted something more

Jim quit the band Ulterior Motives and started to teach himself how to play guitar. After teaching himself a few chord, he started to write his own songs. He developed a unique style of playing that Jim prefers to call "Slap Acoustic," which is combining slap bass technique on an acoustic guitar. His unique style caught the eyes and hears of many listeners and fellow musicians.

While out performing, and hitting the recording studio, Jim met up with Ryan Nelson and formed an acoustic duo called No Sympathy. No Sympathy acoustically rocked the music scene playing shows in western Wisconsin, Minnesota, and Nashville. After two years of playing in No Sympathy the band split up and Jim was once again on his own, playing shows with his original music.

Since then, Jim has been writing and performing in the Midwest. He's been recording his own music at his home studio he calls Buck Two Ninety Five. Outside of his solo performances, he teams Zeb Sears to form Chimney Fish, an acoustic duo that has won the hearts of many from their hometown of River Falls, Wisconsin.

Connect with Jim on Facebook to find out where he is playing next.

Find out where you can purchase or stream Jim's music.